Representing Clients With DUI, OWI, and Other Legal Charges

Representing Clients With DUI, OWI, and Other Legal Charges 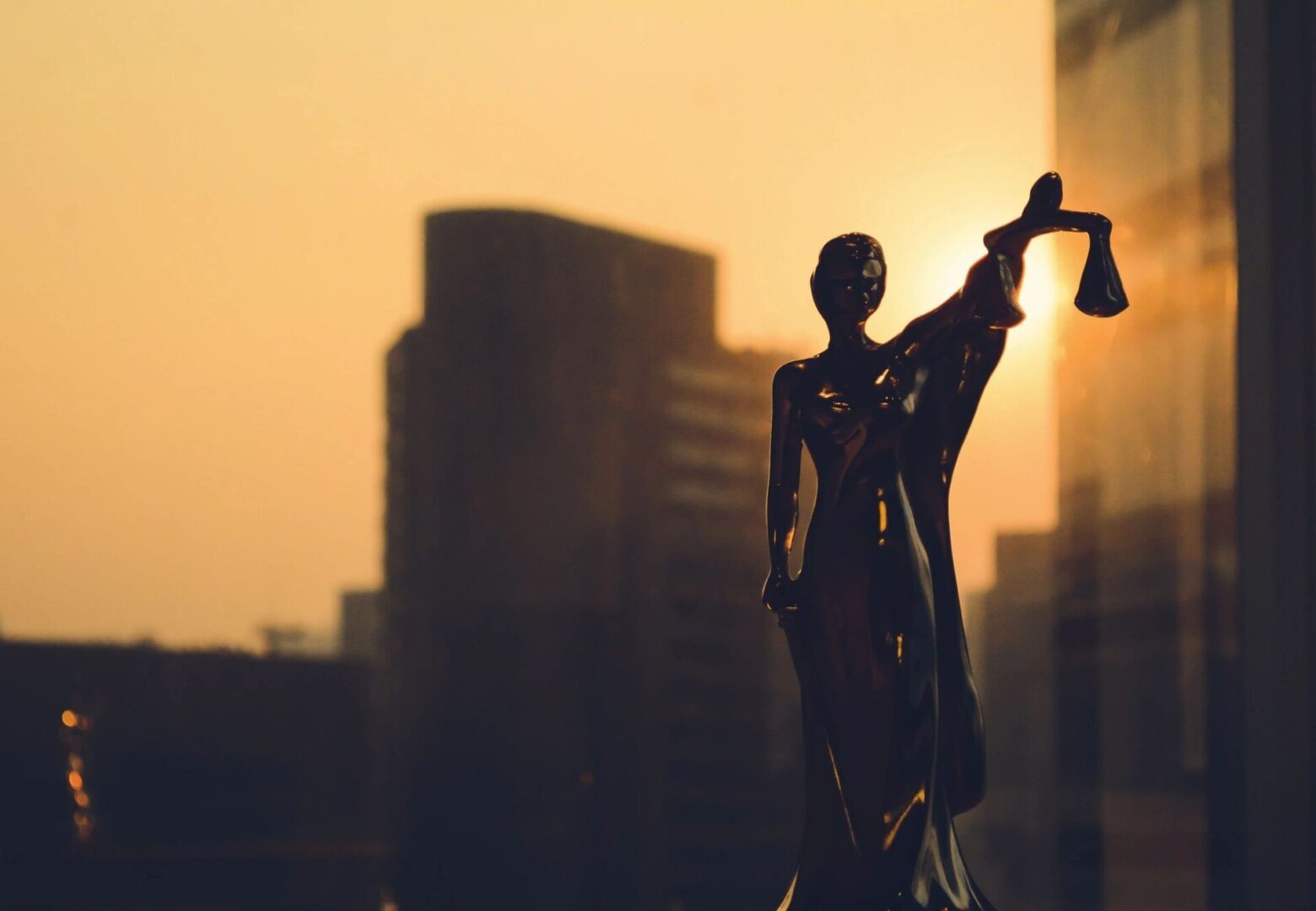 Attorney Walter focuses his practice on Walworth County criminal defense, as well as criminal appeals throughout Wisconsin. In his Walworth County criminal defense practice, he has successfully represented thousands of clients in Walworth County Circuit Court and local municipal courts. In his appellate practice, he has been the lead attorney in appeals throughout Wisconsin, won several criminal appeals in the Wisconsin Court of Appeals, and argued two cases in the Supreme Court of Wisconsin. His victories have been featured in statewide media outlets, including the Milwaukee Journal Sentinel, Janesville Gazette, and the Wisconsin Law Journal.

In addition to my local Walworth County criminal defense practice, I also handle criminal and DUI appeals for clients throughout Wisconsin. I've represented criminal defense and DUI clients in the Wisconsin Court of Appeals and the Wisconsin Supreme Court. I have been honored to be chosen to lead several notable appeals. You can find more information about my results in Wisconsin criminal appeals by visiting our Appels page. 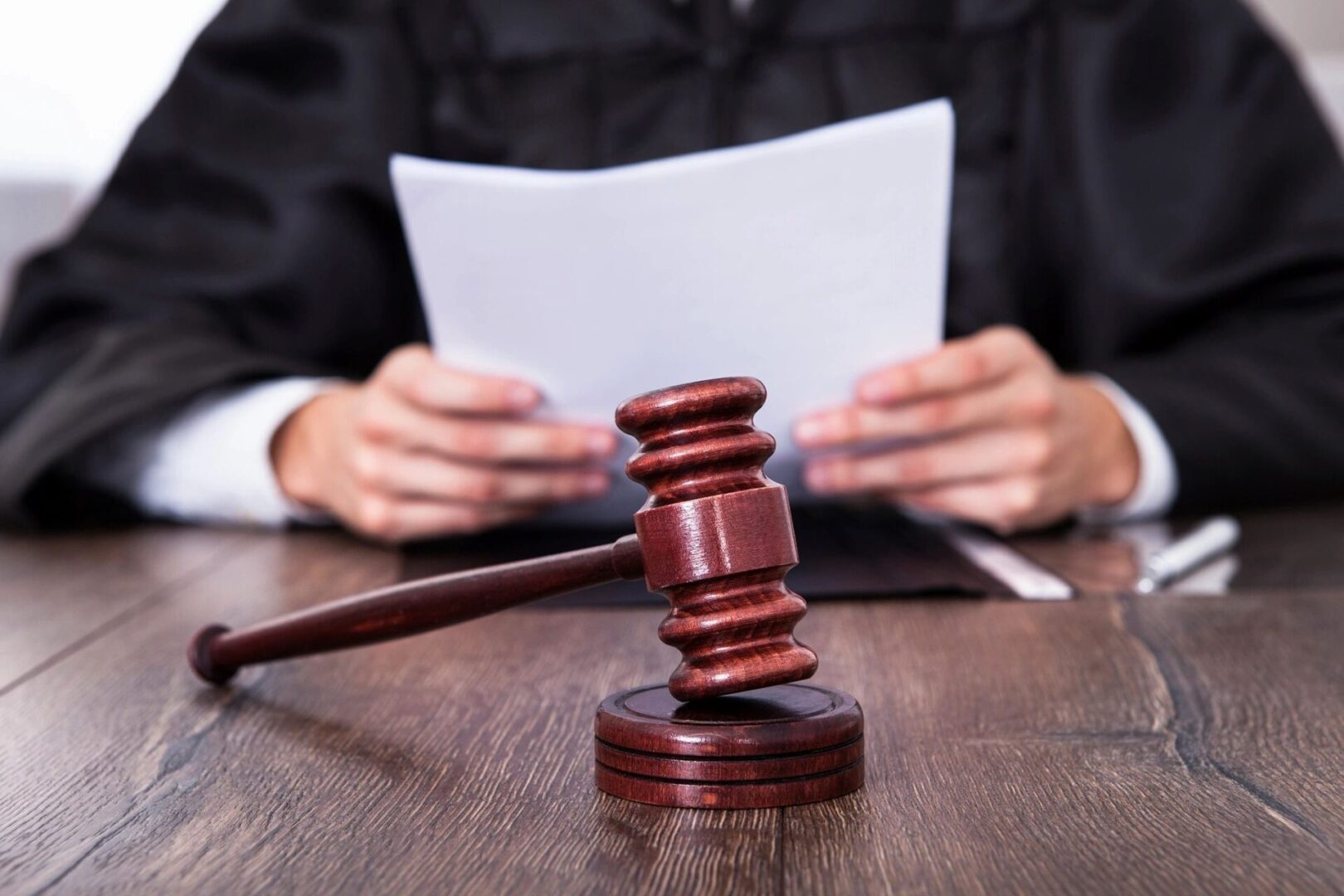 “I was charged with serious drug offenses. Attorney Walter went above and beyond my expectations. He investigated my case after another lawyer told me to plead guilty. Attorney Walter found a police mistake that proved I was not guilty. Without him I would have gone to prison.” –H.L., Wisconsin

“Andrew was open and honest with me throughout the case. After reviewing my case, he convinced the prosecuting lawyer to drop the DUI charge against me. I highly recommend him to anyone I know that needs a lawyer.” –C.C., Wisconsin 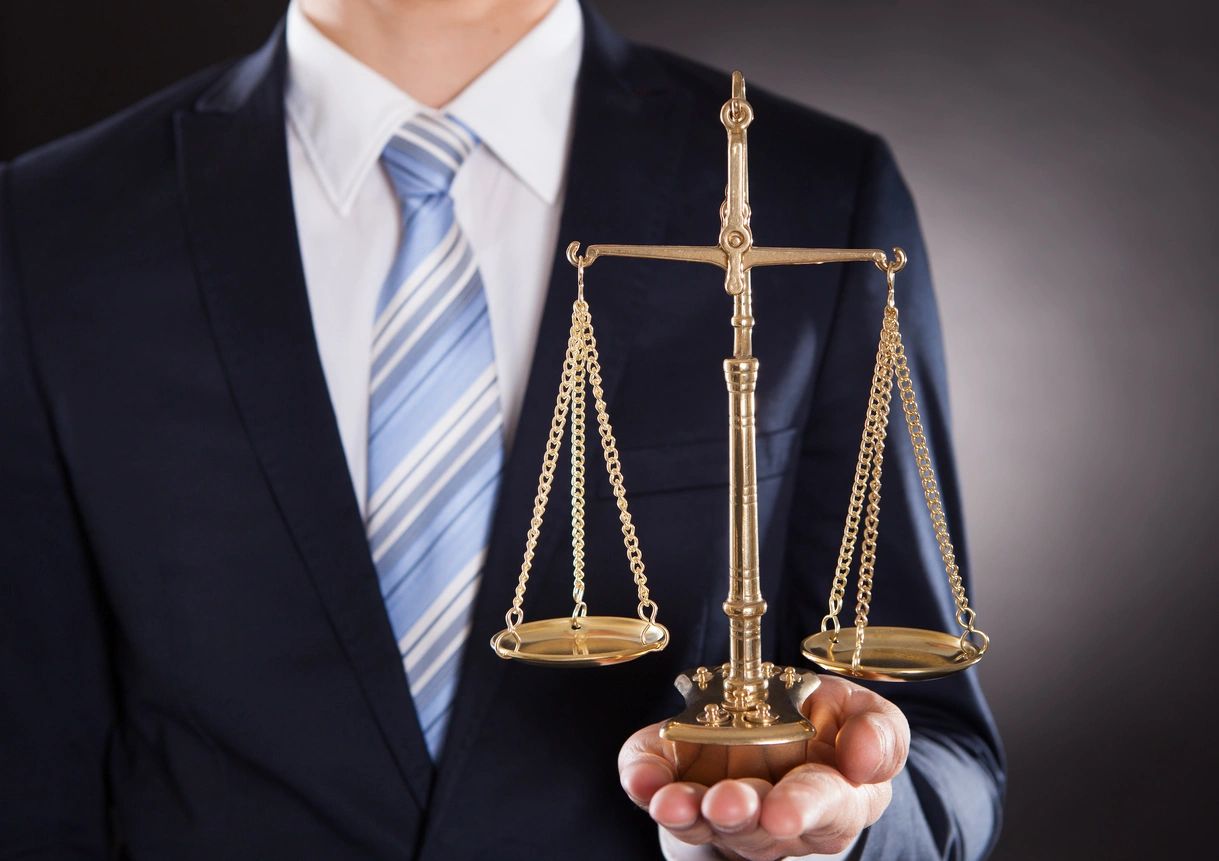 Who are the Walworth County Circuit Court Judges?

Attorney Walter was hired by a man who had been sentenced to ten years in prison on charges that he led a large-scale cocaine distribution ring. Upon reviewing the transcripts of his case, Attorney Walter found that the State breached the plea agreement and that his former defense lawyer failed to object to the breach. The court ordered a resentencing hearing. At resentencing, Attorney Walter explained the mitigating circumstances of the case, and the court reduced the client's sentence to two years.

Walworth County Attorney Andrew Walter represented a criminal defendant accused of several misdemeanor disorderly conduct charges stemming from allegations that he destroyed property in a bar, yelled at patrons, and choked another customer. Attorney Walter's investigator tracked down several witnesses who confirmed the client's description of events. He found that the client was attacked by other bar patrons and did not choke anyone intentionally but was merely pushed onto the victim. When the Walworth County District Attorney refused to dismiss the case Attorney Walter set the criminal case for trial. The District Attorney dismissed the criminal charges the day before trial.

Our criminal client was charged with multiple counts of delivering marijuana and was allegedly caught with a large amount. Based on the facts of the case Attorney Walter and the client decided to negotiate a plea agreement. Attorney Walter met with the Walworth County District Attorney and explained the mitigating circumstances, the client's good qualities, and the client's contributions to the community. The District Attorney agreed to amend the felony drug delivery charges to misdemeanor possession of marijuana and place the client on probation. A good Walworth County criminal defense lawyer knows what it takes to get criminal charges amended. Even the best criminal lawyer can't do this in all cases, but an experienced Walworth County criminal defense lawyer knows what the District Attorney considers important.

Our client was arrested on charges that he fired gunshots at the home of a man shortly after the two had been seen fighting. The police found a gun in the client's car at the time of the arrest. After taking over the case from another criminal defense lawyer, Attorney Walter moved to suppress the gun on the grounds that it was the fruit of an unconstitutional traffic stop. The Walworth County criminal court judge agreed. The District Attorney then dismissed the criminal charges. Link to newspaper article.

As you can see, some Walworth County criminal defense cases require an aggressive trial defense, while others require sensitive plea negotiations. When your criminal defense case begins, the only information about you available to the District Attorney is whatever is in the police report. A good criminal defense lawyer should change that fact; enlighten the District Attorney by giving your story. By documenting your good qualities, your contributions to friends, family, and the community; your education; your employment; and your dedication to treatment or counseling, a criminal defense lawyer can often negotiate reduced charges or some result that protects your liberty and future employability. Whether you are in college, have a career, or just want to protect your reputation, a good lawyer should understand that your case involves more than just the legal issues involved.

Probation is available as an alternative to jail for many criminal cases in Walworth County and throughout Wisconsin. If the court places you on probation, you will have to meet with your probation agent and comply with a set of rules designed to ensure that you do not re-offend. Common conditions include full-time employment or school, abstaining from alcohol and drug use, compliance with all laws, and paying any fines and restitution in a timely manner. A good defense lawyer makes sure that the client understands what probation will entail making sure not to set the client up for failure.

Expunction or Expungement is available in many cases at the discretion of the judge. Expunction means that the court seals the record after you complete certain conditions, usually successful completion of probation. An expunged record is not available to the public, so potential employers will not be able to view the record. Expunction is particularly important for college students and other young people who are preparing for a career. Walworth County criminal defense lawyer Andrew Walter regularly negotiates expunction for his younger or professional criminal defense clients on both misdemeanor and felony cases.

You may wish to decline any plea agreement offers and exercise your right to a jury trial. You should not be afraid to go to trial if you have defenses or the District Attorney does not offer a satisfactory plea agreement. Your lawyer should be willing to take your case to trial if you are being treated unfairly. 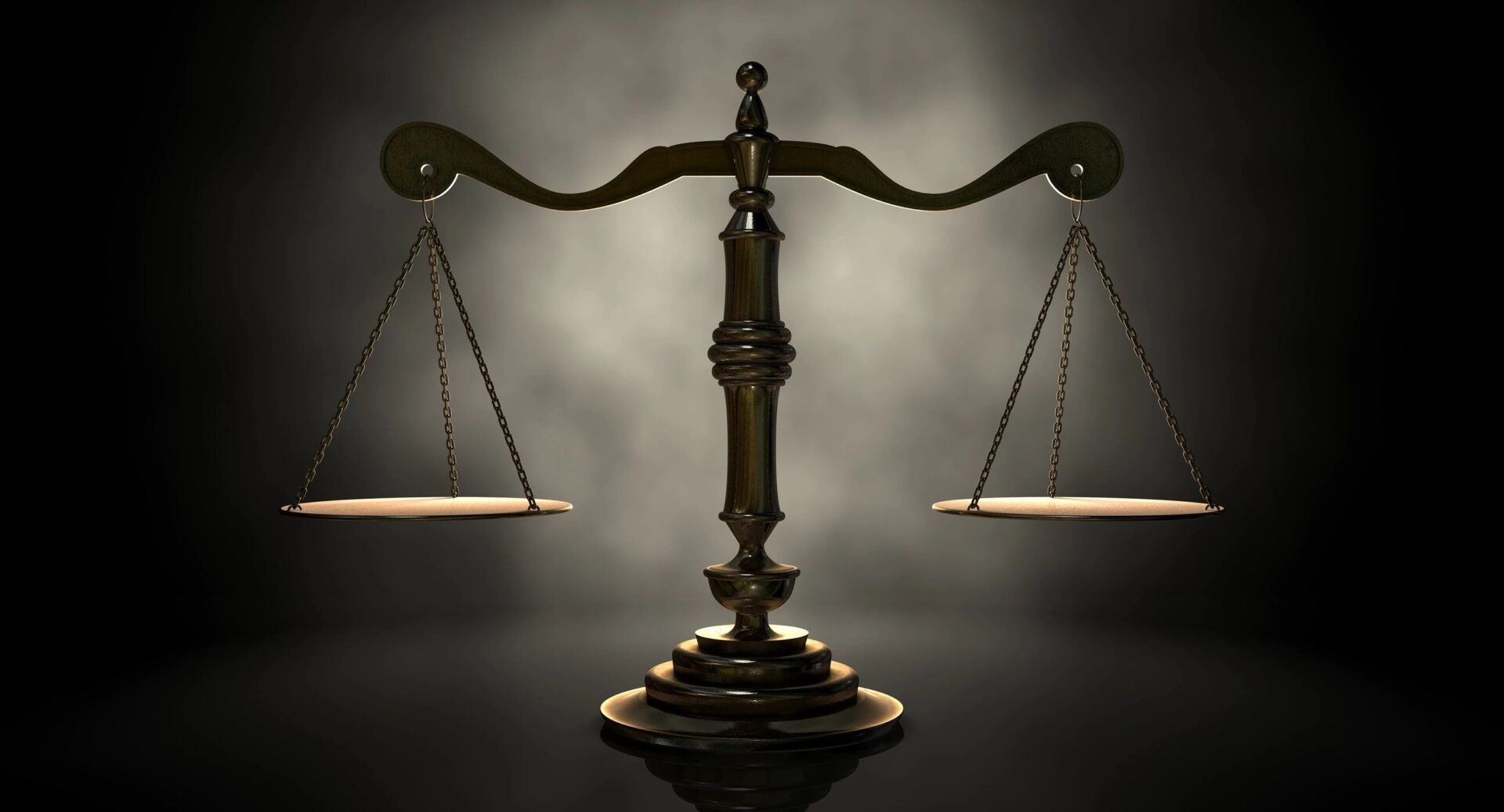 What You Can Do

Attorney Walter talks to all clients about the need to document positive contributions to the community. Whether arguing for reduced charges or probation, your lawyer will need to give the judge and District Attorney enough information to see that you are not a risk to the community. We will make a list of all evidence of your good character, including your education, your employment history, any volunteer work, helping friends and neighbors, and anything else that suggests you are a good citizen who made a mistake.

We are all flawed, but the criminal justice system is mainly about future protection for the community. Walworth County lawyer Andrew Walter also discusses treatment or counseling with many clients, particularly anyone involved in a drunk driving or drug case.

In these cases, Attorney Walter's experience is that judges recognize and reward anyone who recognizes a problem and takes positive action to make sure they do not return to criminal court.